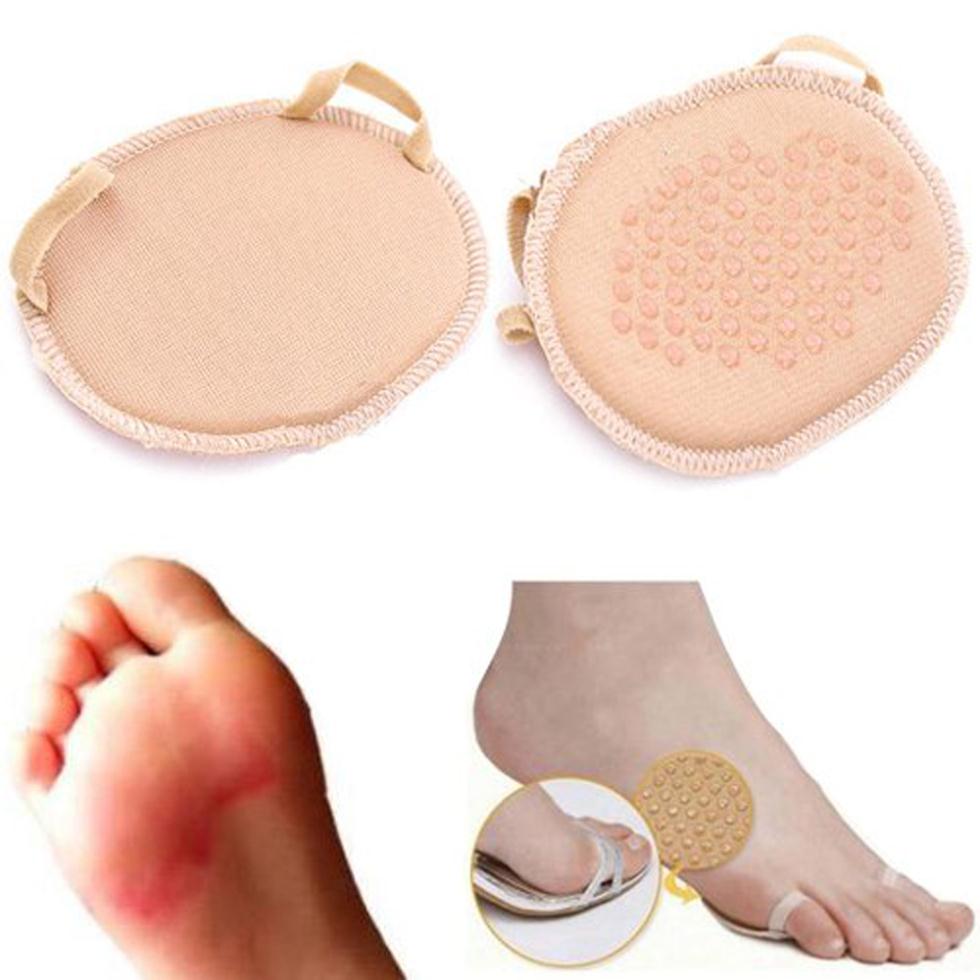 Anything that causes compression or irritation of the nerve can lead to the development of a neuroma. One of the most common causes comes from wearing shoes that have a tapered toe box, or high-heeled shoes that cause the toes to be forced into the toe box and overload pressure onto the forefoot. An injury or trauma to the forefoot may also lead to a neuroma. People at a higher risk of developing a Neuroma include people with certain foot deformities, such as bunions or hammertoes. Certain foot types, such as flat feet (Pronation) More flexible feet, and woman after pregnancy.

Neuroma pain is classically described as a burning pain in the forefoot. It can also be felt as an aching or shooting pain in the forefoot. Patients with this problem frequently say they feel like they want to take off their shoes and rub their foot. This pain may occur in the middle of a run or at the end of a long run. If your shoes are quite tight or the neuroma is very large, the pain may be present even when walking. Occasionally a sensation of numbness is felt in addition to the pain or even before the pain appears.

During the exam, your doctor will press on your foot to feel for a mass or tender spot. There may also be a feeling of "clicking" between the bones of your foot. Some imaging tests are more useful than others in the diagnosis of Morton's neuroma. Your doctor is likely to order X-rays of your foot, to rule out other causes of your pain such as a stress fracture. Ultrasound. This technology uses sound waves to create real-time images of internal structures. Ultrasound is particularly good at revealing soft tissue abnormalities, such as neuromas. Magnetic resonance imaging (MRI). Using radio waves and a strong magnetic field, an MRI also is good at visualizing soft tissues. But it's an expensive test and often indicates neuromas in people who have no symptoms.

Initial therapies are nonsurgical and can involve one or more of the following treatments Changes in footwear. Avoid high heels or tight shoes, and wear wider shoes with lower heels and a soft sole. This enables the bones to spread out and may reduce pressure on the nerve, giving it time to heal. Custom shoe inserts and pads also help relieve irritation by lifting and separating the bones, reducing the pressure on the nerve. One or more injections of a corticosteroid medication can reduce the swelling and inflammation of the nerve, bringing some relief. Massaging the affected area can provide some momentary relief. Several studies have shown that a combination of roomier, more comfortable shoes, nonsteroidal anti-inflammatory medication, custom foot orthoses and cortisone injections provide relief in over 80 percent of people with Morton?s Neuroma. If conservative treatment does not relieve your symptoms, your physician may discuss surgical treatment options with you.

Interdigital neurectomy (removal of the diseased nerve) in right hands, should give satisfactory results almost all the time. Some of the reasons behind failure is when not enough nerve is dissected, mistakes in initial diagnosis, or bad handling of adjacent nerves, tendons and joint capsules during the operation. It is very common and acceptable to have some numbness in the area where the nerve used to be. This never causes any discomfort and often gets better in few years. It is crucial to address the biomechanical pathologies underlying the impingement of the nerve during and after the surgery.
« Leg Length Discrepancy Symptoms Running Are Shoe Lifts The Best Solution To Leg… »
Profile

The Most Beneficial Feet Blog Ever

Login to quote this blog

You cannot quote because this article is private.